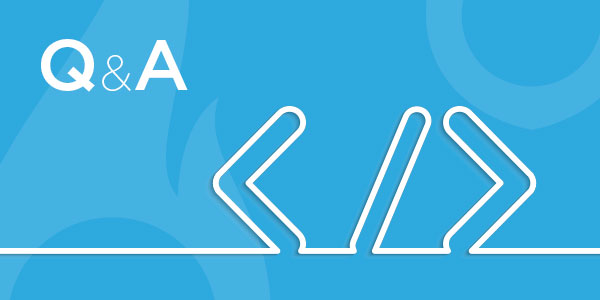 One of our greatest joys here at SparkPost is creating tools and watching our community members run with them. From improving on what we’ve built, to creating SparkPost tutorials for other community members, to writing entire client libraries, it’s clear that we’ve got a talented group of people using our product. As our social media manager, it’s so incredible to see these tools and libraries evolve and ignite some great conversations online.

We’re continuing our community spotlight series today by sitting down with Chris Pitt, a community member that we first met at Fluent, who’s contributed to our community in a number of different ways. Aside from his What is SparkPost blog, he’s also featured SparkPost tutorials in a daily coding series on his YouTube channel – you can view “Sending Email with SparkPost” parts one, two and three there. Chris is an overall delight and a very talented developer. Enjoy!

How long have you been a developer, and what got you started in the tech world?

When I was younger I wanted to be an electrical engineer. My parents got a computer, and I started spending more and more time on it, mostly playing rogue-like games.

Later, they bought me a computer. By the time I finished school, I really wanted to do something with computer hardware. A family friend had a business selling, amongst other things, computer networking hardware. He had a website (which was a big thing at the time), so he convinced the agency managing it to let me “hang around” and watch what they were doing. I guess I just never left…

I love learning new things. Programming gives me an out for that, because there are more new things happening all the time than there is time to learn all the new things.

What’s a myth about software development you wish you could dispel?

That it is too complex for some to learn. That belief turns many capable people away and becomes a goal-post for others. They chase complexity as a demonstration of how well they know the limitations of a language or the nuances it provides.

The best programmers I know thirst for simplicity. They set fire to their old code and habits. They realize how vital it is that others can understand what they’ve written.

Do you think having a developer’s mindset causes you to see solutions to non-technical problems in any particular way?

I think that depends on what you enjoy about programming. For some people, approaching things analytically is just natural. They are the kinds of people that have to solve a problem, when sometimes all you want is for them to hear you. On the other hand, having someone around who won’t quit until things are “just right” can be a source of sudden and unexpected progress.

Any interesting examples come to mind?

I work with this really talented woman, who uses JavaScript to augment her sketches and paintings. She enjoys learning how code can extend the talent she already expresses, and would continue to make amazing artwork even if she never opened another code editor.

I’m one of those people who wants to analyze everything. It takes a lot of effort to just listen, because I just want to fix all the things.

What does community mean to you as a developer?

It’s a matter of life and death to me. I often go back to an article called “The Ghost Who Codes” because it so accurately describes what I was like before I actively sought community with other developers. In it, Troy Hunt describes someone who takes and takes, never trying to give anything back. A person without a paper-trail. A ghost.

I can tell you exactly when I started to play an active part in the PHP community because it made such a difference to my enjoyment of programming, and my career growth as a result. It was when I joined my first user group, about half way through 2013.

Since then I’ve presented at ten conferences, published four books, and traveled the world. These are things I would not otherwise have had the support, encouragement, or ability to do without the community.

How do you like to communicate and socialize with other devs?

Meet-up groups and conferences are the best places to meet other programmers in person. For everything else I use Twitter. I would be in such trouble if it went down for good…

What are some of the issues (pro or con) you’ve run into when contributing to open source work?

People can be jerks sometimes. The weight of maintaining a successful open source project forces people to either be unresponsive or terse. Sometimes that terseness becomes rude. At that point it’s hard to continue being excited about contributing to that project…

What’s your favorite language and why?

I’m really liking JavaScript at the moment. Some of the newer syntax make it easier than ever to write simple, functional code. I enjoy PHP mostly because of the community working with it.

What are you working on right now?

I’m spending a lot of my time writing these days. If you set aside my day job, I probably spend about 75% of my career time on writing. The rest I spend working on various open source tooling things, like undemanding testing frameworks and async PHP standards.

What’s in your dev toolkit?

I develop on a Mac, using PHPStorm for any serious PHP development, and Atom for everything else. PHP/MySQL is installed locally (no virtualization), as I find my Macbook too underpowered to run iTunes, Chrome, PHPStorm and VirtualBox all at the same time. Now that Docker (Beta) works without VirtualBox, maybe I’ll switch to using that. For hosting, I use Digital Ocean and Laravel Forge, for continuous integration, I use Travis and Scrutinizer.

How do you use email in your apps and projects?

Email is a huge part of account management. You can’t really build any substantial application, these days, without sending a few different types of transactional email. For a long time, the task of sending those emails fell to Mandril. Then they ended their free account support and in a panic I discovered SparkPost.

How did you find SparkPost?

I heard about SparkPost at a conference. They were one of the sponsors and were honest about their services and competitors. The kind of honest that made me want to check them out…

What led you to contribute and create the SparkPost tutorials live coding videos?

Streaming is a way for me to commit to learning something new every day. After the conference, I decided to write some code to talk to the API – a kind of alternative to the PHP client their already have. It was quite fun actually. You can check it out on YouTube, if you’re keen to see what I got up to.

What’s something you love/hate about email?

Setting up and maintaining a trusted email server is a pain. I love being able to use services like Gmail (for personal email) and SparkPost (for transactional email) and not have to worry about my mails bouncing. Ain’t nobody got time fo’ that!

I have the best family. Don’t even try to argue! I enjoy hanging out with them and making them laugh.

Thank you, Chris, for taking the time to chat with us, and all of your contributions to the SparkPost community!