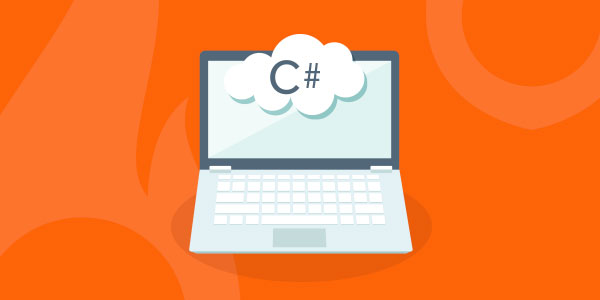 The community of developers working with SparkPost really has stepped up in the last few months: submitting pull requests, writing new client libraries, finding bugs, and helping each other out in our community Slack. They say you are the company you keep—well, if even a small bit of your collective awesomeness rubs off on us, we’ll know we’ve made it. 🙂

We’d like to show a little bit of love in return by highlighting some of the community members who’ve helped raise the bar for SparkPost and our tools. Today, I’ll start with Darren Cauthon, who contributed the SparkPost C# client library. I asked Darren to share a little bit of his point of view.

How long have you been a developer and what got you started in the tech world?

I’ve been a developer for over 15 years. I got started with tech in my sophomore year, right around the time my college forces students to pick a major. I thought about being a music teacher or going for a general “business” degree, but I remembered that programming in QA Basic in junior high was fun. So I signed up for my first C++ class and never looked back.

What do you like most about being a developer?

Working with all types of people to solve new problems. The tech is fun, but using it to solve actual problems that exist in reality makes it very fulfilling.

What led you to contribute to open source projects?

How did you find SparkPost?

My company was about to deploy a new Mandrill solution when their big shakeup occurred. We looked for alternatives, and my boss noticed SparkPost due to your relationship with Port25 (which we used for other solutions).

What prompted you to create the C# client library for us?

I saw there wasn’t one, and I wanted the experience of writing the library. I’ve learned a lot about email processing and C# features while working on the library, and that’s knowledge I’d never have gained otherwise. I’ll be able to apply that knowledge to many more things than just this library.

What’s the hardest thing about contributing to an open source project?

Saying “no” to contributors. Sometimes someone may offer a pull request with a feature or change that doesn’t fit. I hate having to say “no” and reject what another developer has spent time writing. But luckily I haven’t had that problem with this library, as we’ve had a great group of developers contribute new features—and every contribution has fit.

I have a great family, and raising kids is fun. I’ve been a tuba player for over twenty years, and I’m slowly working towards a black-belt in Tae Kwon Do. I have a 2016 resolution to beat Ninja Gaiden without dying, so I like older console gaming. But my first passion is still programming.

I was really glad to have a chance to talk with Darren and learn more about his point of view. His project really has been a great addition to the ways folks can use SparkPost. Thanks, Darren!

Do you have an idea or project to contribute to this great community of developers? Give us a shout on the SparkPost community Slack, and you might wind up in our new community features series.

p.s. you can check out another one of Darren’s C# libraries here.