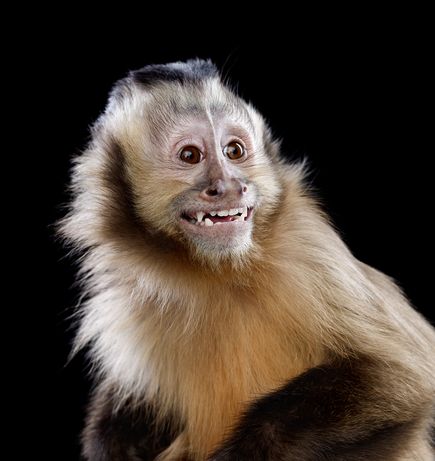 The Marketing Sherpa Email Summit is winding down in Vegas; the attendees around me have a kind of ‘thousand yard’ stare from what’s certainly one too many late nights. Those that were in attendance for this morning’s keynote have the same stare but are also walking a little taller and filled with the kind of rich data driven storytelling knowledge that only Stephen J. Dubner himself can impart.

Mr. Dubner’s keynote covered a range of topics, and when I say a range I really mean a range: we moved from competitive eating and the birth of a hot dog champion, to economic monetary models built on teaching Capuchin monkeys the value of money. Anyone familiar with Mr. Dubner’s podcasts or the documentary Freakonomics knows that he’s a data-driven storyteller that squeezes insights from the most unusual places.

In his own words: “we’re good at measuring the what, but we rarely know the why.” To me this means that the difficult part isn’t necessarily the testing, but understanding the intention underlying the results. How does this relate to email and messaging? Well let me go back to something else he said: “think differently and redefine the problem you’re trying to solve.” The most successful practitioners of email routinely approach the challenge of how to better communicate with their customers with equal parts imagination, scientific testing and something that smacks of shock and awe. Repetition without invention or iteration is bound to disappoint and be dismissed in a world where information and messaging is around every corner.

This leads me to consider another point: “the right answer isn’t necessarily the best answer.” Solving a problem isn’t the same thing as innovating a solution that changes the nature of business, or the dialogue and experience between customer and brand  facilitated through email or other forms of messaging. Playing off of that, let’s throw this concept onto the pyre: “break down mental barriers, don’t pledge allegiance to the way things are done because everyone else does them that way.” Think about the emails that really catch your eye, or the brands that create a name for themselves: do they follow the herd or do they lead it?

Mr. Dubner’s approach holds a great deal of possibility above and beyond the intersection of psychology, economy and sociology. The doctrine of Freakonomics, as it was dropped on us was simple: “don’t be afraid to ask ridiculous and irreverent questions.” Innovation doesn’t happen unless you’re ready to really break the norms and conventions that define what you think you’re doing, or what you assume is the normal way of doing it.

Here’s one solid relevant example of doing things differently. A few weeks ago at the Email Evolution Conference, Sri Somanchi from Google’s GMail team advised that mailers ramp down messages to unengaged users. We’re all familiar with the concept of IP warm up/ramp up in terms of volume to build a reputation for a new IP, but have you ever considered how volumes need to be cranked the other direction when your emails are deleted and never opened? Sri’s advice is to switch from daily to weekly, if the recipient continues to let the emails go unopened, then send a final re-engagement email and stop mailing all together. This is the same advice that Sri has given to the Google marketing team. If we stop and think about what Sri’s doing, he’s approaching the problem in the simplest of terms: if someone wants the message they’ll open and read it, if not, there’s no reason to send it. The accepted wisdom is to never have an expiration date on messaging, keep sending, don’t stop—maybe, just maybe, this bit of counterintuitive advice fits the mold of irreverent thinking, maybe even heretical depending on which side of the fence you stand on. It’s a solid piece of advice and from an insider, someone deep in the trenches of email. So go on, give yourself carte blanche to do things a little bit differently.