Why SparkPost Is the Fastest-Growing Email Delivery Service 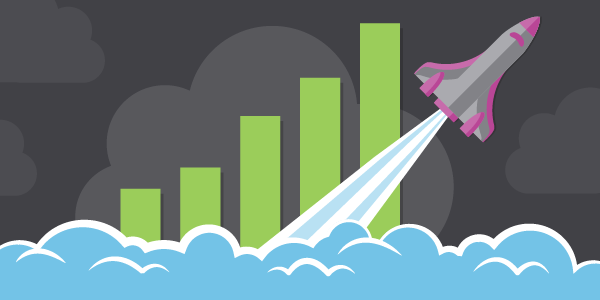 Let me begin by saying that this is the sort of blog post a CEO loves to write.

When SparkPost launched 18 months ago, we knew developers were looking for a better way to send email from their web and mobile apps. We knew enterprise senders needed more reliable delivery for email that was critical to their business. And we had a clear vision for how to meet those needs, with a next-generation cloud architecture backed by a team that understood email better than just about anyone else on the planet.

But even so, we knew that there was one thing that was going to be absolutely essential to our hoped-for success: you. We were optimistic, of course, that the market would recognize the value of what we were building. But the growth we’ve experienced in the last year and a half has exceeded our expectations.

We’re now delivering more than 15 billion messages each month, and that figure is growing by more than 1 billion per month. To put it simply, SparkPost is the fastest-growing email delivery service on the market.

That growth is because of you. We’ve just been thrilled that so many developers and enterprise customers alike understand the benefit of what SparkPost has brought to the table—and to see the sorts of innovative things our customers are doing with email today. SparkPost’s 15,000+ active customers range from small startups to fast-growing major technology companies including Pinterest, Zillow, CareerBuilder, LinkedIn, and Intercom.

Beyond the numbers, I’d like to highlight three areas that reflect SparkPost’s leadership and growth:

2016 has proven to be a year of remarkable growth for SparkPost. And I fully expect the next 18 months will be even better.

So, a heart-felt thank you. I can’t wait to see what we build and grow together.