The Message Systems Hackathon marked the start of a quarterly initiative to allow engineers, project managers and business analysts to team up and let their creative juices flow.

From extending the capabilities of a current product to developing a brand new product, no project was off limits. Winning projects would potentially be considered for inclusion in brand new product launches or updates – a great opportunity for teams to make a meaningful contribution to the company and achieve a memorable career highlight! Teams were encouraged to:

The only caveat was the honor code that teams had to observe, which was that projects had to start from scratch and no pre-coding was allowed!

The day started at 10am, where teams with custom made Hackathon shirts grabbed cups of aromatic coffee and doughnuts to kickstart their day, while Message Systems CEO, George Schlossnagle gave a brief introduction to the Hackathon.

The hard work commenced soon after and continued to the next day, as teams collaborated on their various projects until the hour of judgment…

The panel of judges included CEO George Schlossnagle, Project Manager Laura Rose and General Counsel & VP Joal Barbehenn. Up for grabs? Branded gear for winners and runner ups. The winning team would also get tickets to the Interact user conference in San Diego and be awarded with a mega trophy. All in all it was a pretty tense moment for the teams… 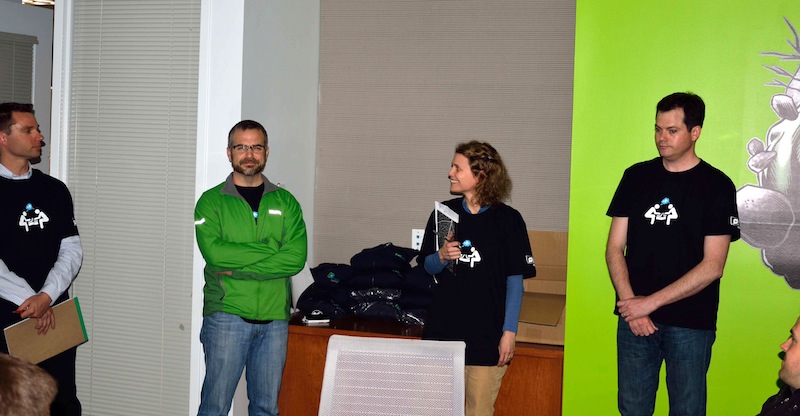 And so without further ado, the big winners of the day were: 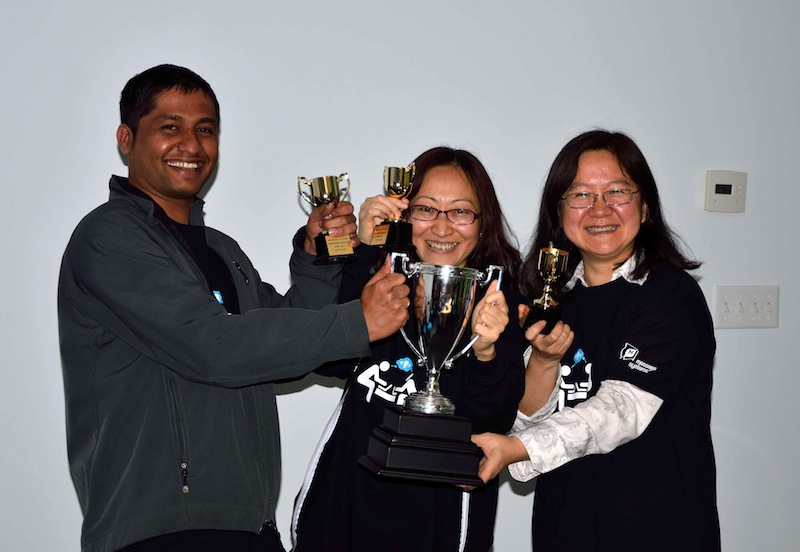 The day concluded with a happy hour, where teams basked in the glory of the successful completion of their projects, and the first ever Message Systems hackathon!

Our talented engineering teams work on the product that drives 20% of the world’s legitimate email. Find out more about why major brands choose to use Momentum software.