A company’s road to success is often a bumpy one. Surviving as a small scrappy start-up and moving on to the big leagues involves a series of choices and investments, ones that could either take you to the top… or hamstring your growth over the long term. With limited resources at your disposal, the decision to buy, or perhaps more importantly, not to buy, can either give you nightmares, or take your company’s growth to its next stage. From a digital messaging perspective, being far-sighted enough to invest in a messaging platform that can scale with your business can save you a lot of future heartache when you realize that your open source or cheap MTA is crippling your growth.

One such company that made the bold decision to invest in their future was Infusionsoft, an all-in-one online solution for contact management, CRM, marketing automation and e-commerce. Infusionsoft recognized that providing their customers with the best messaging platform available to deliver targeted mail was crucial to their continued success. And in 2008, they placed their bets on Message Systems’ Momentum. 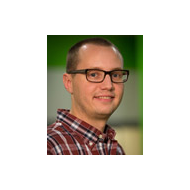 James Thompson, messaging operations director for Infusionsoft, made the call based on three critical criteria: redundancy, scalability and uptime. In times of crisis, James knew he needed to be able to depend on a system that would not go down, and cost Infusionsoft its hard-won reputation and customers.

Originally on Postfix, an open source software, Thompson had short-listed Port 25 and Message Systems. Ultimately, he went with Message Systems because of the user-friendly software, the value placed on support and advanced analytics data.

With the switch, Momentum began to pay for itself immediately:

“What we actually found is that once we implemented Message Systems primarily for their email delivery technology, we were able to reduce those seven machines that were running Postfix down to basically two email servers.”

“Before we were pushing about 10 million with seven severs, we pushed over 98 million in the same time period of about a week, on those exact same two servers. So the scalability of the system has been awesome for us.”

For anyone looking at investing in the future, Thompson advises them to think of the big picture.

“If redundancy and up time are big issue for anybody else looking for this service or anything similar, enterprise support is definitely a must in this world.”

And with Message Systems, an enterprise-level messaging platform and support, is definitely what you will get.

With Message Systems in place to safeguard their reputation since 2008, Infusionsoft has been able to grow from strength to strength, and establish themselves as recognized leader in the industry – and we look forward to many more years of successful partnership with them.

Interested to find out more about why Infusionsoft chose Message Systems over cheaper alternatives like Port25? Read the case study for more details on the value that they saw – and got with Momentum.