The Internet’s Growing Mobile Faster Than You Thought

Mary Meeker of Kleiner Perkins unveiled her annual compendium of Internet trends and statistics last night, and it’s been getting a lot of attention – deservedly so – in the media and on Twitter throughout the past couple of days. What jumped out at me is that the report fleshes out in great detail some findings published earlier this year in MIT’s Technology Review. In that piece, author Michael DeGusta argued that judging from available data, smartphones were spreading faster than any consumer technology in human history, reaching market maturity faster than radio, TV, the commercial Internet and many other devices and technologies.

It took landline telephones about 45 years to get from 5 percent to 50 percent penetration among U.S. households, and mobile phones took around seven years to reach a similar proportion of consumers. Smartphones have gone from 5 percent to 40 percent in about four years, despite a recession…

DeGusta goes on to float the idea that adoption rates for tablet PCs could outstrip even the eye-popping numbers we’ve seen with smartphones. While his assertions drew fire from several commenters who argued that tablets debuted long before the iPad (point taken, but the iPad is certainly the first instance where the tablet concept was first fully realized), the Meeker report provides rafts of data to back up DeGusta’s original observations. Let’s take a look at slides 12 and 9:

Citing Pew Research Center numbers, Meeker shows that tablet sales are in fact experiencing explosive growth. Just as interesting, looking at numbers from Apple, adoption rates for the iPad tablet category device far outstrip those of the iPod and the iPhone:

Meeker provides a lot more data to support her case that mobile computing is fundamentally reshaping the way humans live their daily lives, but I’d like to call out a couple more slides that marketers should play close attention to. First up, a quarter of all Internet shopping traffic on Black Friday last month was from mobile devices. It was 6% just two years ago. If this trend continues on its current glide path, shopping traffic could be close to or over 50% by this time next year.

It goes without saying that for online retailers and ecommerce sites, the implications are enormous. So many of the processes and methodologies that have grown up around Internet commerce – email marketing, fat-browser-oriented site design, engagement strategies – are very much based on the assumption that the consumer is interacting with the business through a desktop PC with a mouse and full-sized keyboard attached. What we might call the customer journey for online consumers was a fairly well understood concept within most vertical industries. That world is fading away very quickly and we’re entering a new communications environment where marketers are going to need to rethink the ways they interact with and engage customers through mobile devices. How will we know when we’ve reached the other side? Let’s look at one more slide: 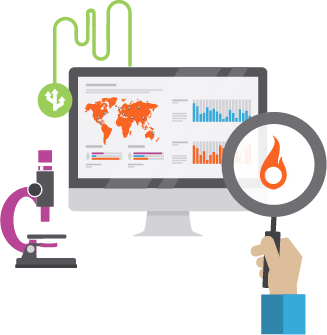 In some countries, including India, mobile Internet traffic already outstrips desktop Internet traffic. It’s inevitable that the Internet experience will soon be largely a mobile one for most individuals worldwide.