Entrepreneurship Series: What Happens When Your Startup Fails? 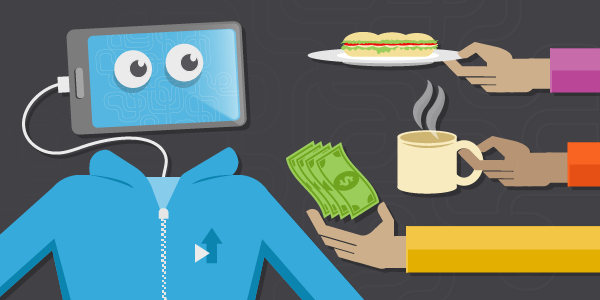 So you signed on with an awesome startup that’s got a killer product and more passion in it’s 10 employees than you’ve seen at some larger companies entirely. You’ve got a macbook covered in stickers, nitro cold brew on tap, and you’re ready to rock. But what happens when that awesome idea isn’t enough? What happens if you just simply run out of money? Today I’m chatting with my good friend Jonathan, who made the jump to Silicon Valley for an awesome opportunity stemming from his connections at General Assembly. His road to SnowShoe was unique (we’ll save that story for another post) and sheds a fresh perspective on the startup scene.

How did your startup get off the ground? How did you connect with the founders?

SnowShoe was founded in 2010 as part of a business plan competition at the University of Wisconsin Madison with a totally different purpose than what it grew into. In 2014, Techstars, a startup accelerator program, hired me. For three months in their first joint investment with Disney, I floated between their 11 portfolio companies as a designer/developer. I built apps and other creative collateral. SnowShoe was one of those portfolio companies, and I always found myself walking over to their table first.

Where did the idea for SnowShoe come from?

SnowShoe started as SnowShoe Food, a mobile app that would allow you to scan a market item and see its environmental impact. Then it built loyalty apps for grocery stores. Only then did it make magic plastic – a plastic that could be uniquely identified when placed on any touchscreen. Almost like a 3D QR code. The company needed a way to authenticate a purchase without integrating with a POS system which is why they created it.

When the founders brought it to an investor meeting (almost as a side note), everybody’s mouth dropped. SnowShoe now had a way to authenticate any physical object – and it used no batteries, no power, no circuitry, no antenna and no moving parts. In a way, we could now make any physical object talk. We could power any physical to digital experience. And for the first time, marketers could attribute digital actions to physical events.

What was your favorite part of the experience?

We had the chance to work with some incredible clients – rappers, storytellers, well-known toy manufacturers. But my personal favorite was Red Bull. They’re fun, they’re smart, and they always think outside the box. Red Bull hired SnowShoe to build an app whereby a stamp touched to a concert goer’s phone would trigger an iTunes download from a band that was playing onstage. SnowShoe didn’t have a developer on staff at the time, and I was still working for Techstars. When the team was on a conference call trying to figure out how they would get this done, I said I could build it when I had absolutely no idea how to build it. But after 2 weeks, I figured it out, at 3AM before our 8AM meeting. If it worked, we won the pilot. If it didn’t, we’d be back to the drawing board. It worked, and I got an offer to join the team the next week.

I know in smaller companies every day looks different, but what did an “average” day look like?

Our startup placed a premium on work/life balance. If we were all going to pull the 3AM night every once in awhile, we made sure most days lasted from 8:30-6:30. SnowShoe was a distributed team so every day began with a standup via Pluot. After reviewing our sprint plan, we’d hop into our daily tasks. Most everybody spent about 70% of their time doing the job they were “hired” to do, and the rest hopping into whatever was necessary. I spent about 40% of my time software engineering, 30% designing, and 30% floating – sales, hardware testing, shipping etc.

How did the funding process work? Were all employees aware of the goals and targets you had to hit to get funding?

SnowShoe had 4 guiding principles, one of which was to sing the bad news. Transparency was a very deliberate part of our culture. Our whole team knew how much money we had in the bank and what goals we needed to reach at all times. It was a slide in our weekly wrap-up deck with exact dollar amounts, burn rates, and how long we had to exist. Some people disagree with this style. And history shows transparent and opaque styles can both work. I think it depends on the type of people you want sitting around you and the type of culture you want to build.

Funding can be a whole blog post in itself. It requires a lot of check-ins, status updates, and knowledge of one’s timelines. You effectively have to start fundraising 3-6 months before you actually start fundraising. We were very vigilant about sending out detailed monthly updates to our existing investors and mentors. Everyone knew our status at any given time.

When did you and the team realize that you were going to have to shut things down?

While we did solve a pretty cool challenge by figuring out how to mass manufacture our product, we figured it out a couple months too late. In January 2016, we had “the” meeting. The Series A market had dried up. And with the money we could raise, it wouldn’t be enough for the runway we needed to make a Series A level return for our investors. We flew everybody into SF and laid it all out. It came down to 2 choices – 1) return the money we had left to our investors and close or 2) take reduced salaries and go for broke to find a home for our technology and the best win we could for everybody at the table. We chose option 2.

What was that process like? How involved were you?

Again, transparency was a huge part of our culture. Everybody had a say, and the chance to step away from the table without judgement. To be honest, it really didn’t make sense for anyone to stay. I think this is where you see the real difference between startups and big company culture. And more so, between transparent and non-transparent startup cultures. Regardless of having skin in the game, your people are your people. I never joined SnowShoe for the plastic. I joined for the ability to see my direct effect on a product and because these were the people I could learn from. And they were the people I wanted to stand next to when I won or lost.

What was the biggest lesson you learned from your experience at SnowShoe?

Hold on to your team even if your startup fails. If you can be around someone and openly say, “I screwed up,” and they still give you the chance to try it again, you’ve found the right team. If you have people giving you the chance to do the tasks that scare you, you found the right team. Timing largely determines whether a startup fails or takes off.

What types of positions are you looking at now?

Making the move from a startup to a larger company has been tough for a variety of reasons. But I miss the creative process – I can’t wait to get back to product design. An ideal position for me would be 70% design, and 30% engineering. So the future is looking fun. I’m excited to start working on a side project so that one day it becomes more than a side project.

You have an entrepreneurial spirit – what do you see yourself doing in 10 years?

I don’t read TechCrunch or VentureBeat every day, but I do explore Hypebeast, High Snobiety and follow more fashion-based Instagram accounts than I care to mention. I could never choose whether I wanted to spend more time with fashion designers or engineers – so I hung out with both. And I’d love to do it again. But who knows! I just know I want cofounder next to my name. And I want to be working on something meaningful with some of my favorite people. Smiling and high fiving.

If anyone ever wants to chat about any of this, would be more than happy to grab a coffee. All of my contact info can be found through my portfolio. – J

Huge thank you to Jonathan for letting us in on his experience and sharing it for those who might be in similar situations.

We’d love to hear from you! Any unique startup stories you’d like to share? Drop us a line on Twitter or connect with us in our community Slack.